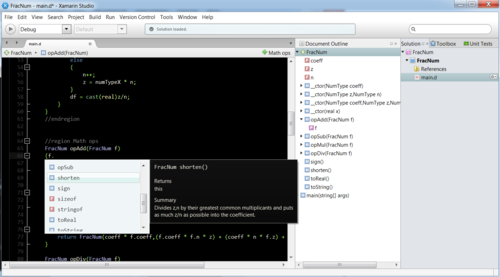 Generally it is to mention that XS does overwrite the system's $PATH environment variable when invoking dub or other native commands.
That overwritten $PATH does typically not contain /usr/local/bin - which is the reason why many dub setups will fail to work with Mono-D on OSX by default.
To fix this, just head to the 'D' -> 'Dub Settings' tab in the global options and enter e.g. /usr/local/bin/dub as 'dub executable'. Then, nearly everything should work fine. 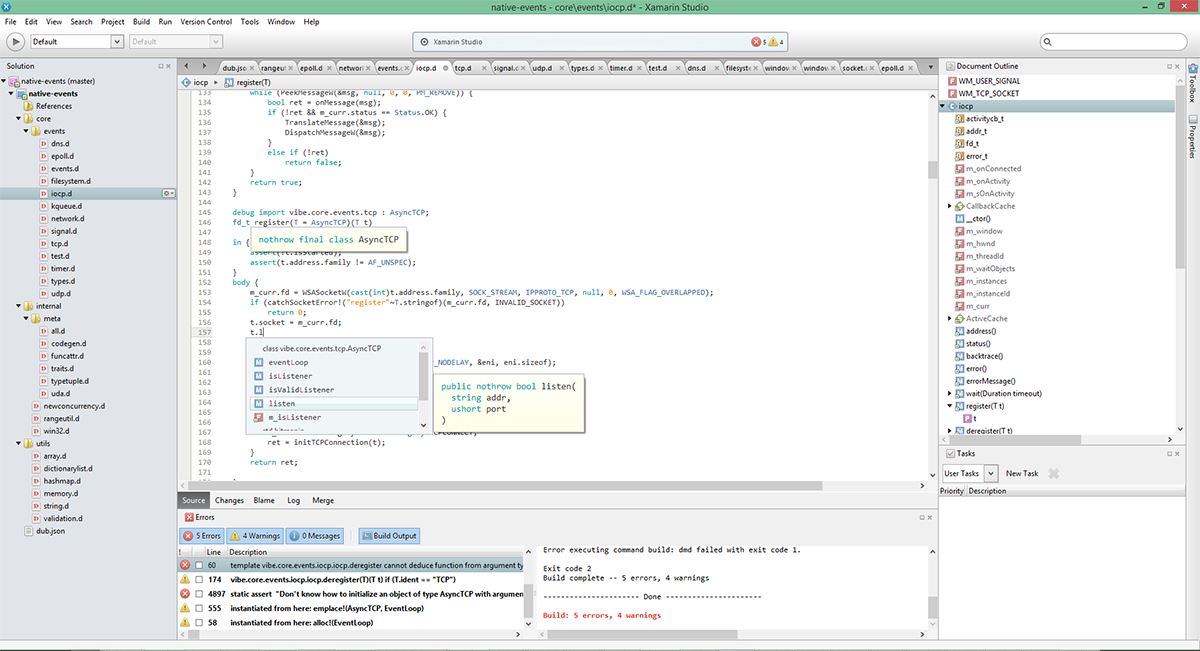 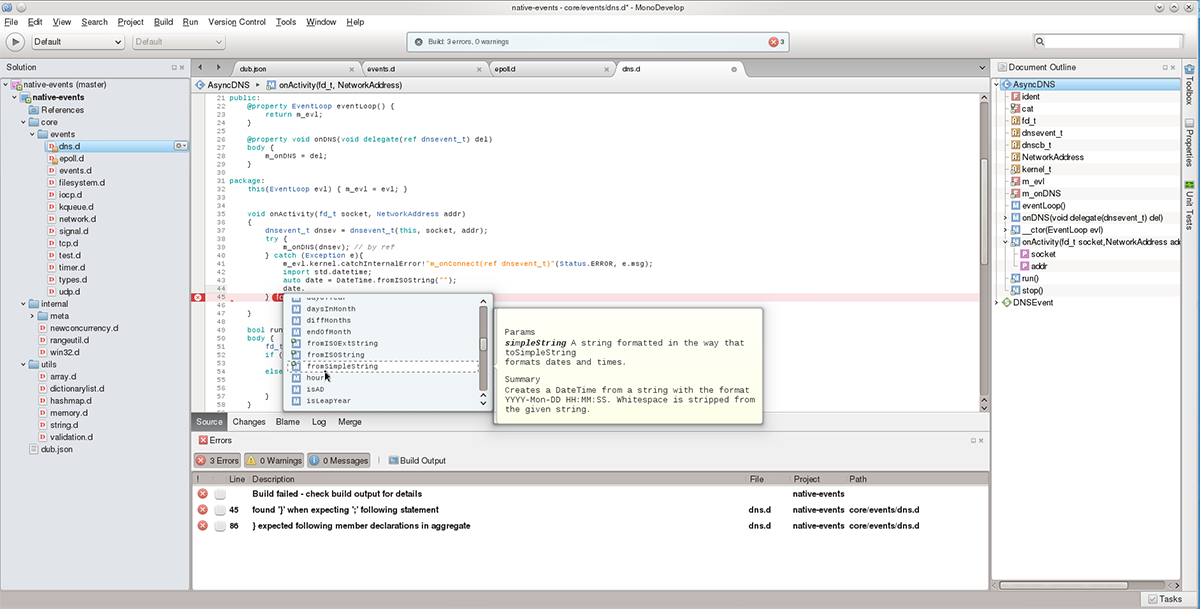